Tourism in Georgia, Arab travelers (the most beautiful areas with pictures) 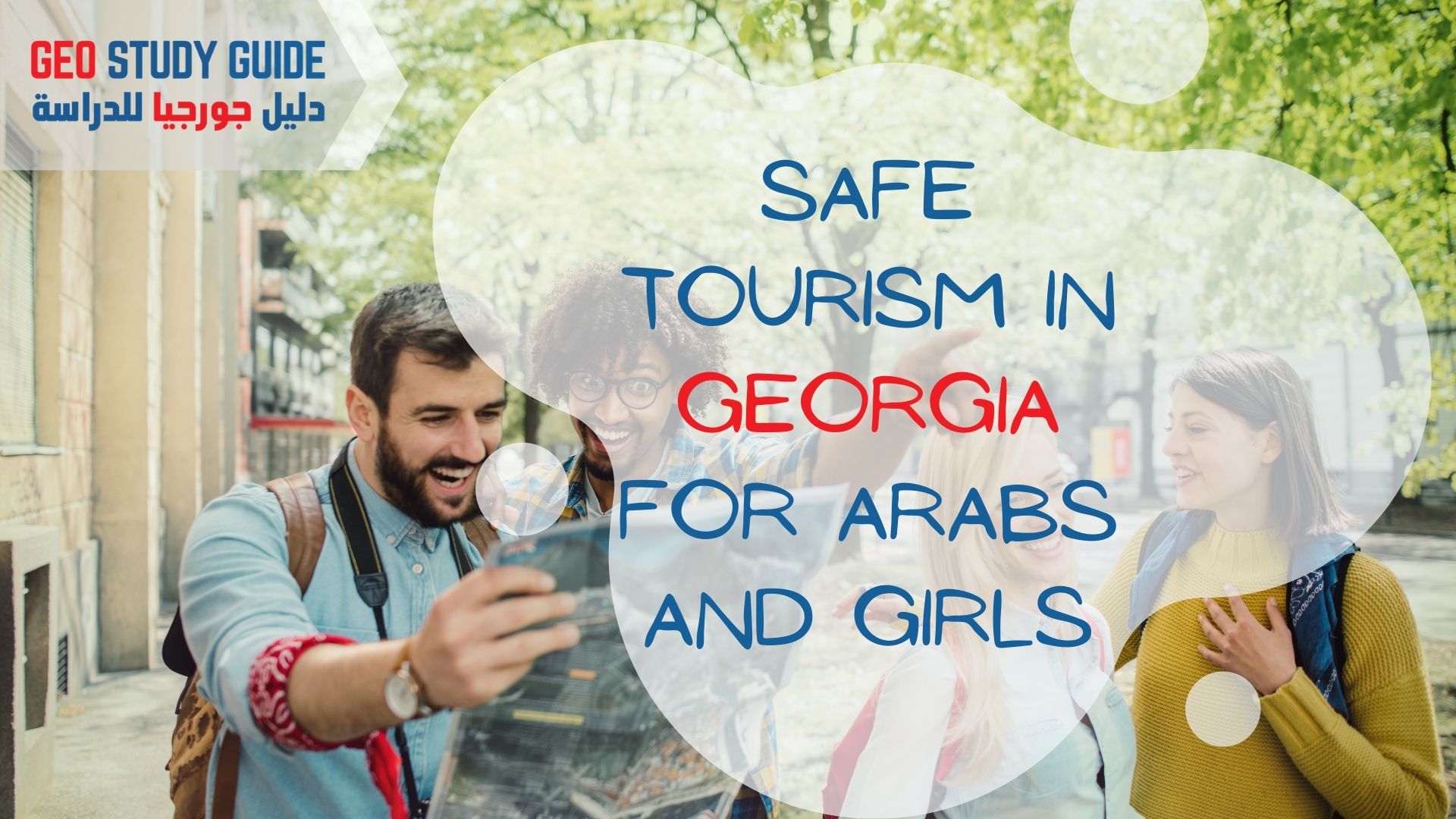 Tourism in Georgia, Arab travelers .. The most beautiful attractions in pictures

When suggesting the idea of ​​traveling to Georgia, you cannot think twice, there is no room for hesitation, and if you feel that you are not ready to go through this wonderful experience, you should read this article to the end. When you land a plane to Georgia for the first time for Arab travelers, they may be surprised by This surprising feeling that some of them may have is a feeling of security, safety and lack of estrangement that they feel on their first visit in some countries.

Tourism in Georgia, Arab travelers .. The most beautiful attractions in pictures

The decision to travel to Georgia for tourism is due to several factors, the most important of which is the halving of airline fees, which is one of the political reasons that have led to the increase in tourism in Georgia, and the real reason for this decline is due to the end of the wars in Georgia and the state’s attempt to re-tourism Once again, rebuilding the economic environment that had been damaged by those wars.

As for the psychological reasons that may make Arab travelers visit Georgia more than once, it is the warm reception that the Georgian peoples give to foreign visitors and Arabs in particular, where the Georgian people are characterized by religious tolerance, good treatment and hospitality, and these good qualities may be due to the disgrace of the people In Georgia, the profession of agriculture is known, and it is known in some Arab traditions that everyone who works in agriculture is characterized by generosity and good manners.

Tourism in Georgia for Arab travelers: The best of Georgia, which can be seen at the first time

Enjoy the landscapes of Georgia

Through the cable car that the Ministry of Tourism in Georgia has provided to tourists, you can enjoy landscapes such as high mountain heights and valleys that are not devoid of green colors, and the castles that are still lofty waiting for those who visit them to tell about their hidden secrets.

And if you go a little further into Georgia, you may see many natural caves that vary in shape and danger depending on the area and equipment, as the Georgian state has provided these caves with some modern technical equipment, such as water boats and wonderful lights of a multitude of colors.

Due to the presence of a lot of green spaces as mentioned, which occupy the largest share in Georgia, where the area of ​​Georgia is about 69,700, most of which is agricultural land, and for this reason most of the population in Georgia works on the craft of agriculture, most tourists go directly to those green spaces to enjoy horse riding And enjoy the psychological calm in those areas, and some websites have started to organize some trips to the green valleys in certain seasons, such as the spring season, by riding horses, hiking, then camping in those areas and enjoying the fresh air.

The idea of ​​skiing is one of the main ideas that attract the attention of Arab tourists when visiting Georgia, as the mountains and plateaus of Georgia express themselves in the winter season, as they are covered with snow from all sides, which led to directing the state’s attention to the establishment of wonderful ski rinks, and the Caucasus Mountains are considered one of the most important The icy heights that tourists flock to for skiing, camping and partying tonight, knowing that all necessary precautions must be taken while practicing this sport, as many skiers are exposed to injuries as a result of inexperience or avalanches.

Finally, holding your breath and parachuting over the Caucasus Mountains is considered one of the most beloved tourist activities preferred by Arab visitors when visiting Georgia for the first time, and countries provided greater opportunities to go through that experience in a crazy way, as it was agreed with private airlines to organize some special trips for parachuting by altitude. High rise for the best adventure ever.

The manifestations of urbanization in Georgia are very wonderful, as the Georgian government has been able to provide the best modern technologies for the development of the entire society, and despite this modernity, we may sometimes feel nostalgic for old traditions and customs that have become forgotten, so tourists may sometimes be attracted to some areas. It contains groups of indigenous people, who, as mentioned, have enjoyed the generosity and love of all other races and sects.

And as some old visitors to Georgia mentioned on the tongues, the Georgian people are friendly by nature as they can receive some visitors at their home and offer the most delicious and tasteful Georgian foods for little or no price. As for Arab Muslim travelers, the Georgian people always welcome them as he and despite From the spread of the Christian religion, except that there is no prejudice or nervousness in the ideological difference.

Tourism in Georgia for Arab travelers: Enjoy seeing the architecture of Georgia

Some Arab people have a lot of passion for architecture, as they are attracted by the idea of ​​how to design castles and archaeological sites, and for this, Georgia in general is considered the best solution to satisfy this passion, as the government in Georgia has made sure to create paved roads to visit some of the expressive archaeological remains. Which contains the fragrant history and originality of the engineering crafts enjoyed by experts in architectural art.

The most important tourist attractions that you can enjoy in Georgia

Visit the Georgia Aquarium on your trip to Georgia

Georgia Aquarium is a giant aquarium that contains tens of thousands of the largest aquatic animals that have been hunted and placed in the Georgia Aquarium, which is located on the western side of the country.

Visitors enjoy daily watching predatory sea fish such as sharks, white basin, some seals and others, as it is considered a natural reserve that includes all living creatures, and visiting this basin is not limited to Georgia only, but there are similar ponds to it in the United States of America and Atlanta, and due to the increasing demand for the Georgia Basin Aquarium The state has allocated some small rooms for receiving some expatriate families to enjoy a wonderful stay in this picturesque place.

Visit Jekyll Island, one of the golden historical islands in Georgia

Jekyll Island is one of the most important islands that business leaders dream of establishing a small or large hotel in, as Jekyll Island contains the most wonderful parks and natural beaches, where you can enjoy the picturesque nature, and stay in one of the giant hotels that contain the largest aspects of entertainment in the world.

That is why businessmen have rushed to Jekyll Island to build the largest tourist hotels, so if you are one of the Arab visitors in Georgia, you should go to Jekyll Island, as it is one of the important attractions that you can during your visit to see the wonderful beaches and dense forests, in addition to the entertainment places that You can enjoy it in the daytime, where shopping centers, sports stadiums and parks, and at night, where concerts, theaters and camps are held at night, as Jekyll Island is one of the islands that do not sleep due to the large number of tourists coming to it.

Tourism in Georgia for Arab travelers: Cumberland is the largest of the golden islands in Georgia

Cumberland Island was built almost more than 40 years ago, and the location was chosen with great accuracy, which helped attract tourists to that island strongly, as it is located on the national seashore in Georgia, and Cumberland Island is one of the global islands that has recently increased its fame due to nature. The picturesque landscape that made it very similar to the wildlife reserves that include the largest number of sandy lakes and tourist beaches on the island’s outskirts, making it a wonderful natural landmark.

When touring the island of Cumberland on foot, we will see a wonderful group of wild horses with a wonderful sight, and as we mentioned before, you can ride one of the horses and enjoy a distinguished tour through the natural valleys and valleys, and you can also walk through the land roads by sports bicycles in the absence Horse riding experience.

Visit the Pankisi Strait for Arab Muslims in Georgia

One of the things known to some permanent visitors to the Pankisi Strait is that the strait goes to the Islamic city of Pankisi, in which the largest of Arab Muslims spread, and when wandering inside the strait, we may see some ancient castles that belong to certain periods of time, and we may see some on the other side of the strait. Churches with a history dating back to the sixteenth century or more, and while walking in these areas we see some residential communities that contain a number of indigenous people who meet the Arab communities with all kindness and welcome.

We do not recommend fast walking in the Pankisi Strait except in certain cases, as the walking distance inside the strait is very long, so it is best to ride sport bikes to enjoy all the areas on both sides of the strait, where you can see the entire area without feeling any fatigue.

A visit to the David Carega cave monasteries in Georgia

You can enjoy one of the wonderful tours in one of the historic caves of Georgia, the cave was built in the sixth century AD, and it is still considered one of the most important historical symbols in Georgia, and despite the fact that the cave is located in a sensitive area between a region that is still disputed to this time, which makes the matter It is very difficult for some Arab and foreign visitors to visit it.

But it may sometimes allow some tourists to make a quick visit to the cave, and through an inspection tour inside the cave, we may find some historical monasteries that were built back to the Assyrian state, which numbered 13, most of them do not contain a large number of inhabitants, and the reason is that there are no Residents of those monasteries to the large number of wars that have occurred throughout the ages in that region.

Tourism in Georgia for Arab travelers: Ananori Castle in Georgia

You can also by wandering through the corridors of the castle, we find some antique paintings that express that period of time, and when going down to the bottom of the castle we find some graves that belong to some dukes who ruled that area, and in the case of climbing again to the top of the castle summit We find the best picturesque areas with great scenery. 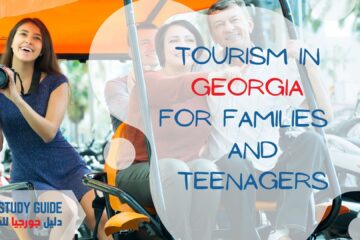 Tourism in Georgia for young families (most important activities for each category) The natural factors in Georgia are considered one of the main reasons for attracting tourists around the world, as most foreign and Arab Read more… 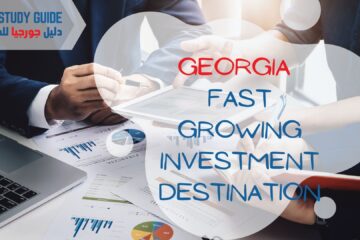 Invest in Georgia (the most popular growing investment destination in Europe)

Investing in Georgia: Georgia is Europe’s most popular investment destination and fastest growing economic market Georgia has become one of the most important tourist areas that may direct the attention of tourists, students and those Read more… 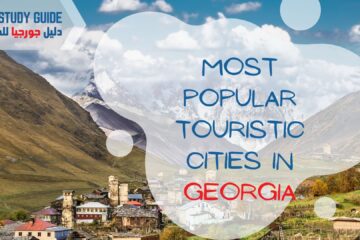